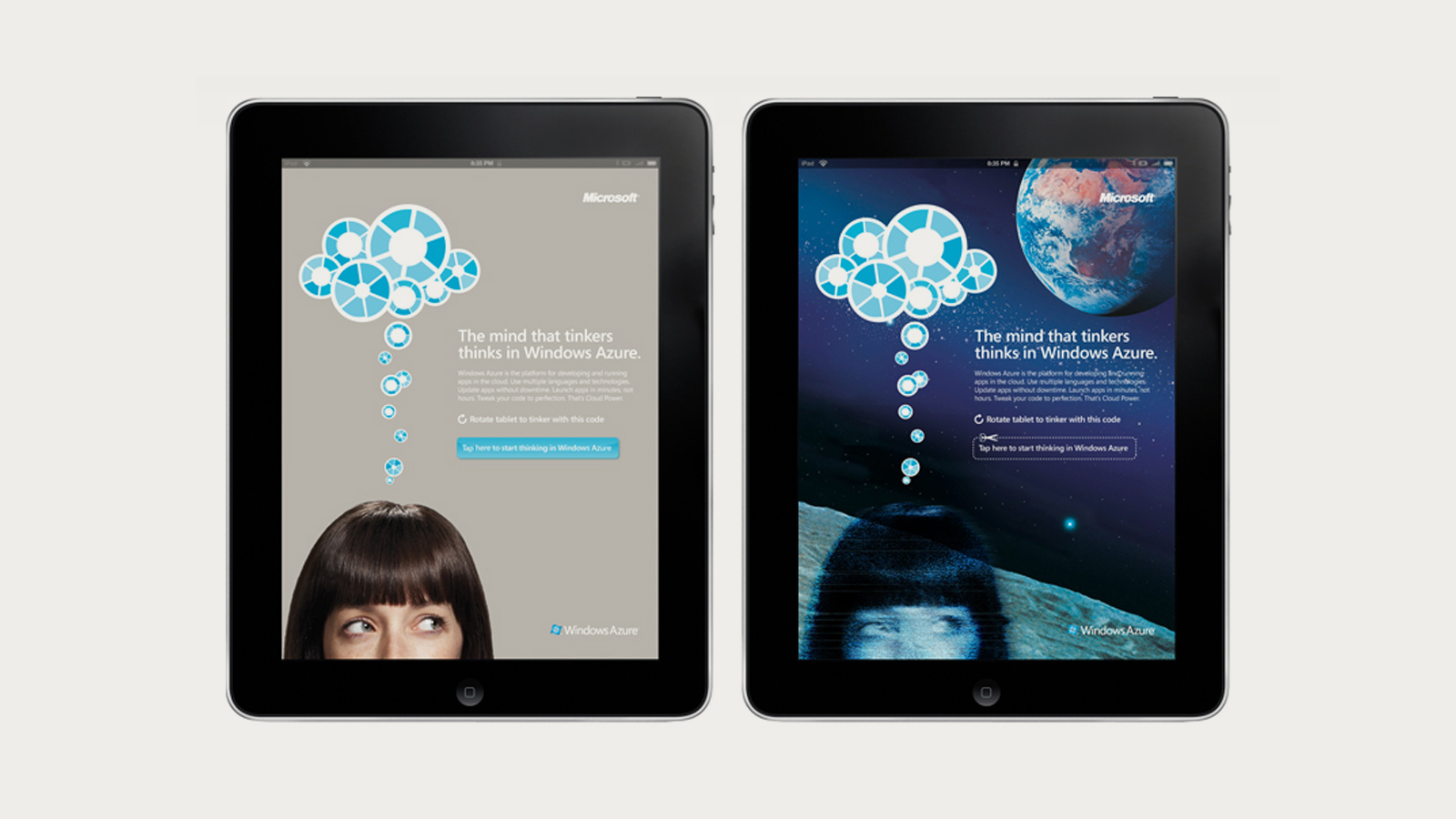 This is a project I concepted and developed while working as an Interactive Art Director at Deutsch Inc. The first-of-its-kind interactive ad was created in collaboration with WIRED Magazine for a custom placement in their iPad app.

Windows Azure was designed to let creative developers work their magic in the cloud, so we created advertising coders could “hack” into. If you turn the tablet on its side, the actual code that powers the iPad ad is revealed — allowing users to change all the visual elements of the ad by changing the HTML 5 code. Users can customize their own ads by changing the background, the photography, and the typography. The ad playful illuminates the selling point that there’s no limit to what you can do when you develop your apps using the Windows Azure platform.