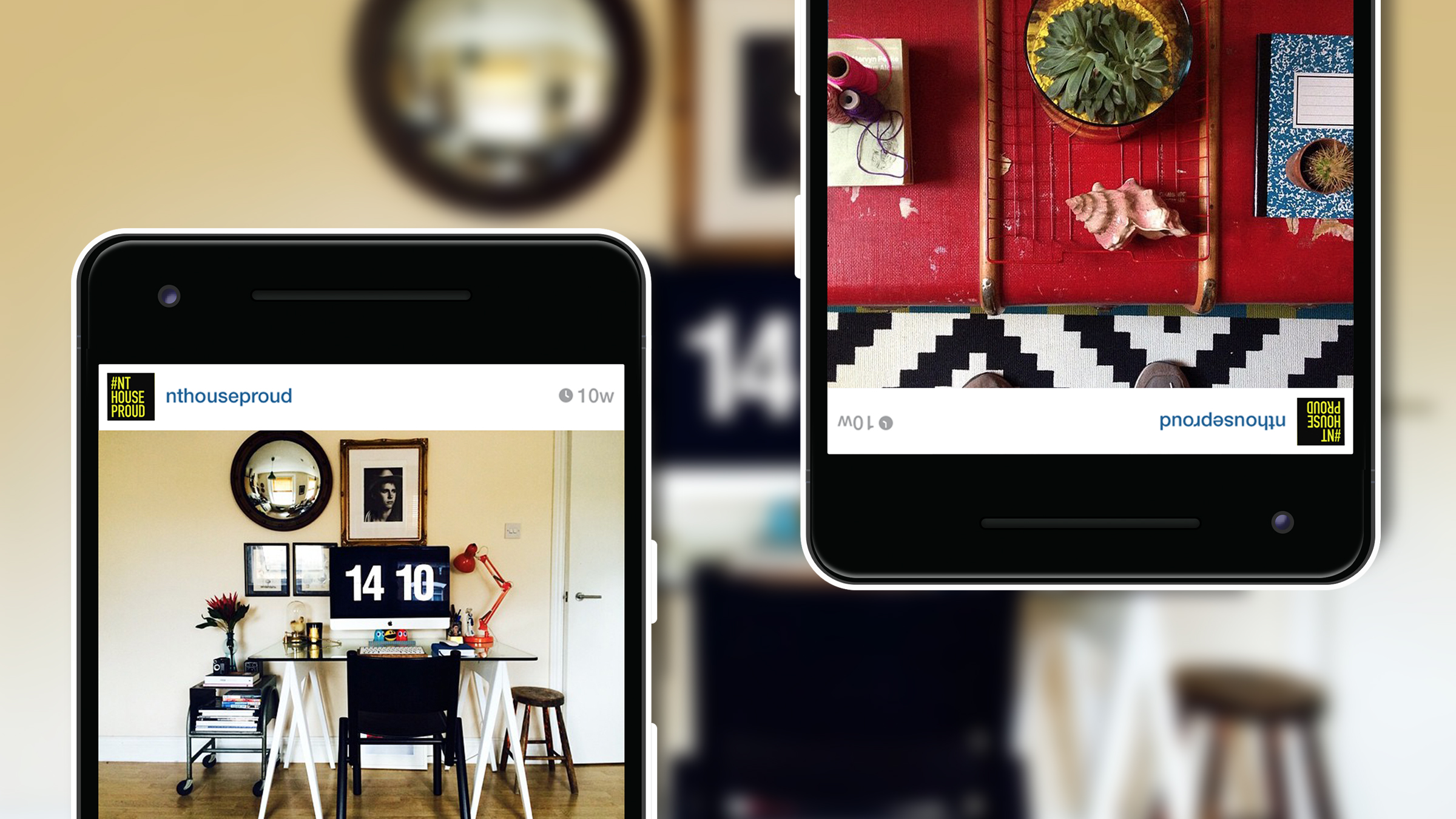 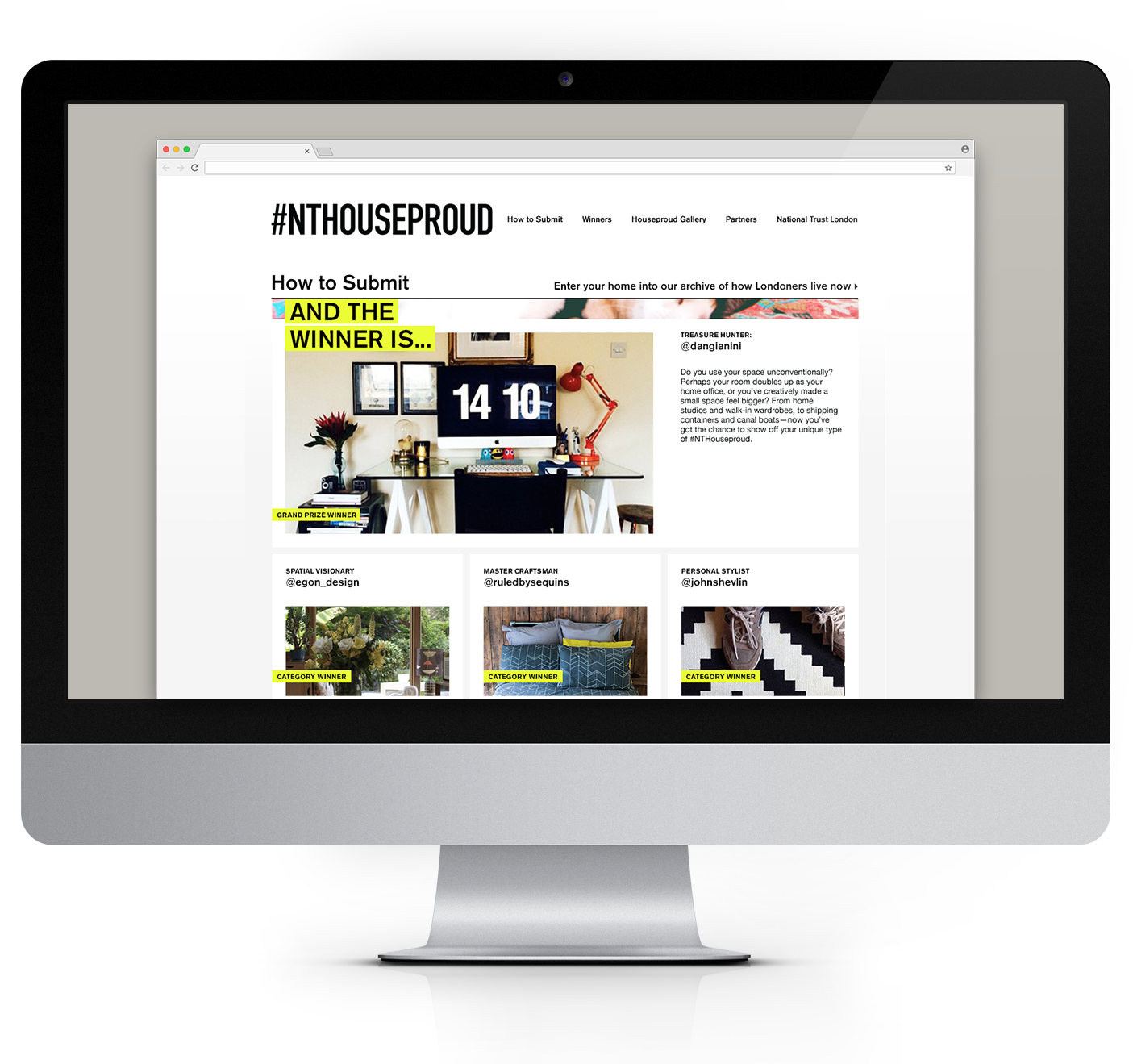 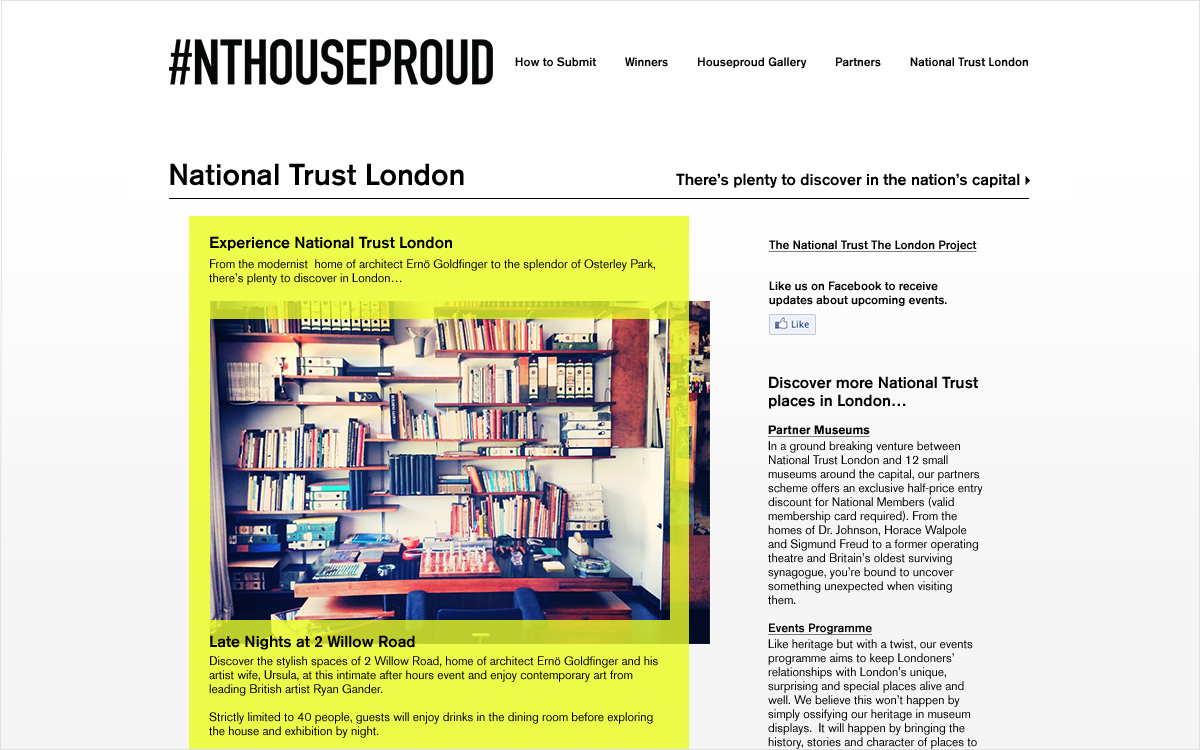 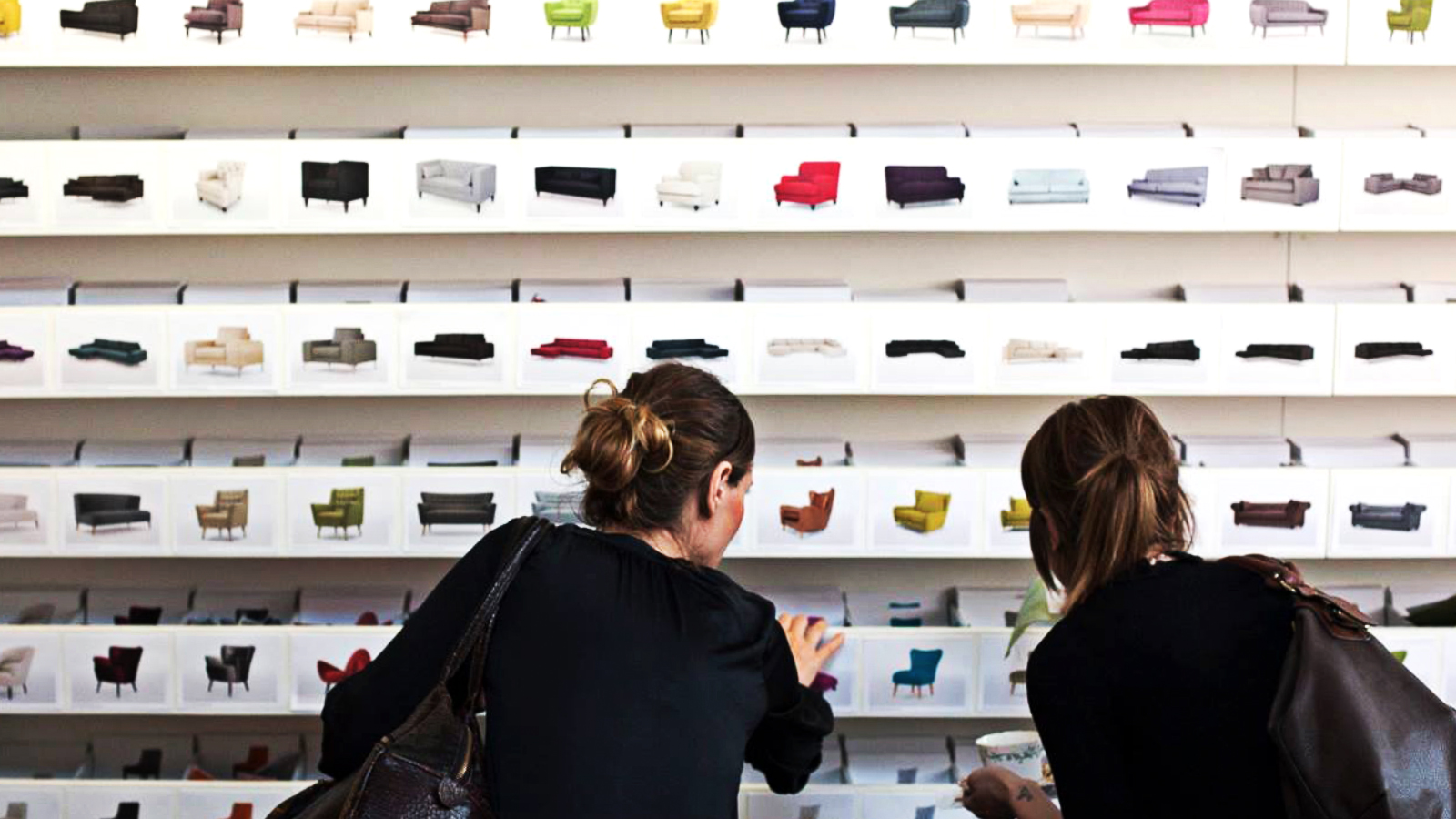 The National Trust of England is a historical preservation society that maintains places of national significance all over the United Kingdom, keeping the country’s most treasured castles, estates, coastlines, nature reserves, and gardens open — and easily accessible — to the public. As part of a new effort to capture a younger and more urban demographic, I worked with the National Trust to create an integrated campaign highlighting the homes of everyday Londoners.

The #NTHouseproud campaign was launched at the London Design Festival in September 2014. The campaign involved a social media contest for images of the most quintessential London homes, which led to 4 winning homes being chosen and promoted as temporary National Trust sites. The contest winners each received £500 in gift certificates to MADE.COM, and user-submitted images from the entirety of the campaign were archived in the British Library‘s digital collection in order to permanently preserve a glimpse of how Londoners lived in 2014.